BETHESDA, MD, September 19th 2011 – During the first annual Acumatica partners’ convention which took place in Washington, DC, two resellers’ contribution were mentioned. In the hundreds of partners present at this convention, one award was discerned to the very first Acumatica Cloud-based ERP reseller. The other price, entitled “Cloud visionary 2011” was given to Les Services SIPD for its exceptional contribution to the Acumatica environment. 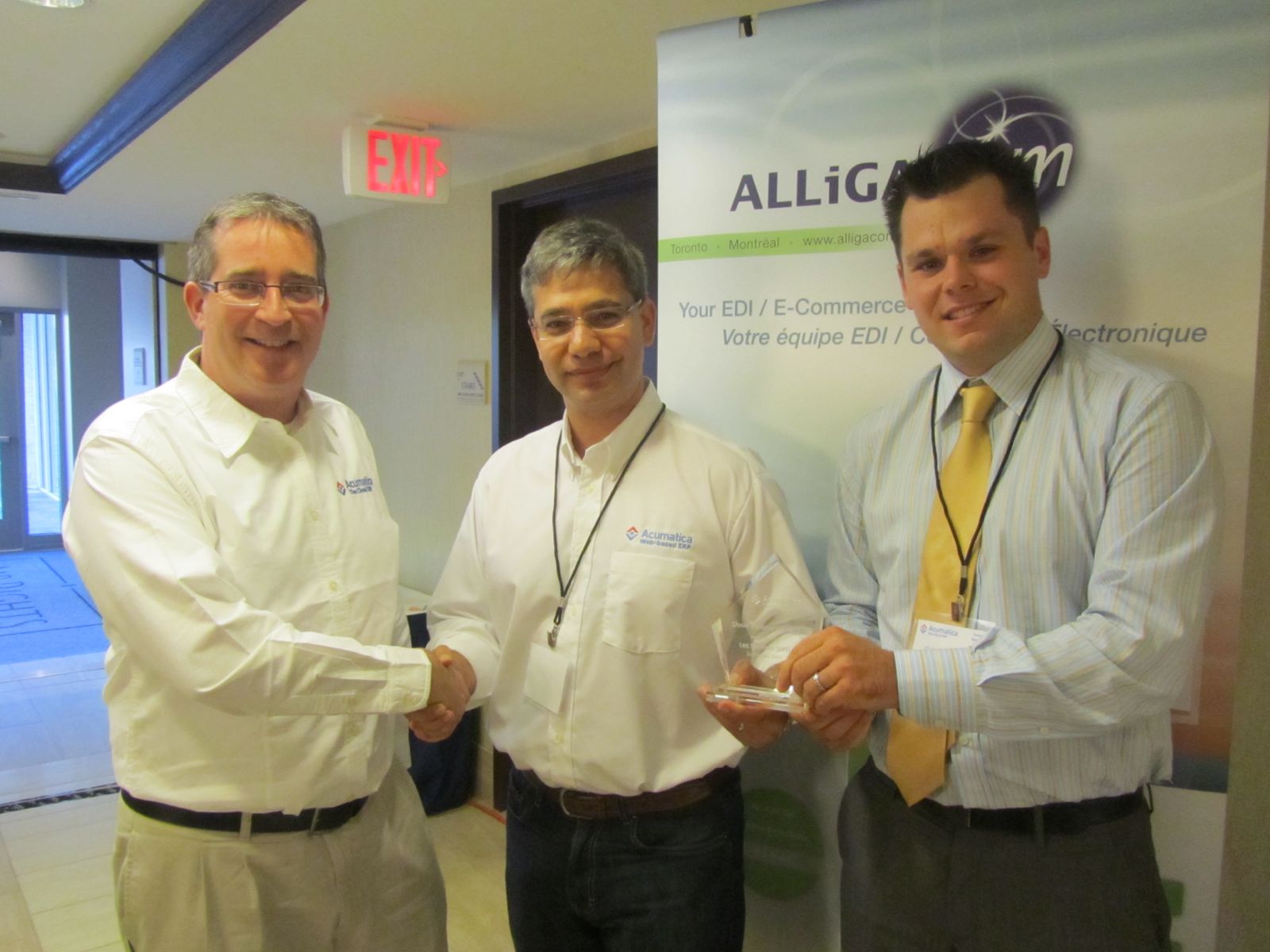 In February 2010, Les Services SIPD joined Acumatica not only as a reseller but also as an exclusive distributor in Quebec for Acumatica Cloud-based ERP. Ever since, SIPD has put its great expertise to good use in software integration for the Quebec market.

Without a doubt, Les Services SIPD developed and published a bilingual version of Acumatica Cloud-based ERP which was released on June 29th 2010. Not only does this version allow for both French and English utilization, but also offers invoices, checks, customer statement in their own respective speaking languages.

Furthermore, multiples customization projects delivered to customers as add-ons entirely integrated to Acumatica Cloud-based ERP were developed by SIPD. For example, the SIPD EDI Module for Acumatica allows customers to process their EDI document exchange with their EDI partners directly in Acumatica Cloud-based ERP while another extension module allows physical inventory count to be processed using a barcode scanner.

“We are greatly honored to see that our efforts were recognized and would like by the present occasion, to thank all of our customers and our employees who have made this success possible in this extremely competitive world”, concluded Pierre Dussault, President of Les Services SIPD.